Skip to Content
Home Drivecarve Eagle and Rusk Phuket, Thailand – Ivelev VS poor, places on the map, description in the footsteps of the program

Broadcast "Eagle and Rusk" more than once conquered Thailand. Even three times came to Phuket. Issue with Nastya Iveleva and Andrei Bendyakov First, which I really liked. Removed fun, high quality, without repeats past gears. And most importantly – they tell about local secrets. And finally, I’m calm that money from the golden card went to high-quality vacation, and not to Labuda, as in the two previous releases. I suggest you stroll through all places from the transfer.

From the airport to the hotel

Few travelers directly from the airport go to conquer Phuket. Nastya budgetly drove on mini-bass to Patong. How to find the same bus at the airport, read the article about Transfers on Phuket. Motobike on Patong can be removed on every corner. Large Honda PCX Rental is more expensive than standard Honda Click. Be sure to read my recommendations for rolled bike so that there are no unpleasant surprises.

Andrei took the car with a personal driver. Toyota Fortuner – an excellent choice for a tourist with a golden card or family with children. If you are ready to led yourself, order the car on this site with delivery directly to the airport. You can start with Honda Jazz or Toyora Yaris. For excursions, our company Alpha Travel is ready to offer you auto and minivans with the driver.

With a golden card, I would also choose Anantara Hotel on the beach May Khao. The chic area with ponds and villas, its microclimate reigns in the gardens, and near a multi-kilometer beach without people – this is a real vacation. The hotel offers accommodation in Villach with his pool. Category Pool Villa can addressed 3 adults and 1 child. Andrei also chose the royal villa with three bedrooms and design in the style of King Silka Jim Thompson. The room rate includes a boat launch ceremony, as for the holiday of Loi Kratong.

At Hotel Anantara May Khao offer different entertainment for an additional fee. Poor chose the individual lesson of Thai boxing. And you can visit the culinary master class, play tennis, do yoga right on the beach or go to a massage with bamboo sticks in the spa. For children, a mini club with daily activities, aqua-make-up and pizza cooking lessons.

On Phuket a very large selection of hotels for every taste and wallet. Nastya Ivelev found a good option on Patong Beach – Memory Patong. I would not call him super budget hotel. On Patong, closer to the mountain, you can find quite inexpensive hostels. And Nastya took the Deluxe Room with a balcony and mountain views, not a standard without a window.

Indeed, the beaches are why thousands of tourists come. Nastya from Patong came to Karon. It is also called "Beach with singing sand". When you go along the shore, the sand creaks, as the fallen snow under the legs of frosty in the morning. Such a sound is obtained due to high quartz content. Not only caron boasts creaky sand. Many people do not know what the beach is Naiton too "sings" under the legs.

Hotel Andrei Bednyakova is located on the beach May Khao. 11 kilometers of the purest coastline and the absence of a crowd – the main advantages of the north beach. May Khao is part of the National Park, sirinat, so there are no sun beds on the sand, no merchants, no water sports. Every year, sea turtles sail to the beach to postpone the eggs. Employees of the National Park make the masonry and follow the future turtles. One of the entertainment of the beach May Khao – look at the aircraft setting not landing. Read about it more in a separate article.

Program "Eagle and Rusk" on Phuket filmed in summer or early in autumn. Although the roller itself appeared in the winter. From May to October on Phuket Season Mussons. Waves appear on the sea, which can be seen in the plot on May Khaa. Rains can be rare or pour for 2-3 days if a storm arrives on Phuket.

On Phuket you will see elephants, crocodiles, tigers and even gibbones. Nastya went to the crocodile farm. Anyone can see the show with dangerous reptiles, feed their chicken and even try crocodile meat kebabs. About the farm and its entertainment read in detail in a separate article.

At this time, Andrei went to the Elephant Rehabilitation Center. They are in Phuket several. In the north-east of the island, there is even a reserve, where the elephants live in close to natural conditions. Rehabilitation centers act as a more ethical location where you can chat with elephants. Animals here are brought from tourist circuses, zoos and shows. Guests are offered to feed the elephants, take a picture and swim with them.

Another rehabilitation center is engaged in gibbons. It is located near the waterfall Bang PE. The center contains monkeys, which were taken from poachers. They are hugged, adapt to life in the wild, and then they are released on the will. Anyone can come to the Gibbon Rehabilitation Center and feed them for free.

Andrey, meanwhile, went to the kingdom of tigers in Phuket. In the park you will see animals of different ages: from kids to adults. Entertainment here is a bit. You can take a picture with tigers and stroke them. Read more about Tigrin Kingdom in a separate article. 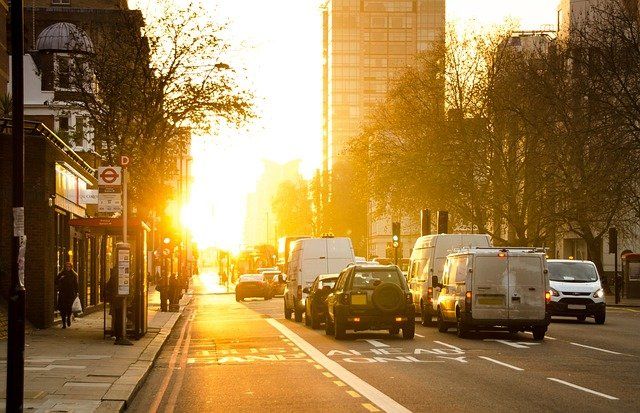 "Fried ice cream" In Thailand, familiar to many tourists. Choose ingredients – fruits, berries, chocolate, cookies, as well as the main component – milk or yogurt. All components of the future ice cream are laid out on an ice circle, two spatulas are rubbed to a homogeneous mass and smash in a thin square. When the ingredients are sacrificed, the whole mass is folded with small rolls and stacked in a cup. So make Thai fried ice cream, although for the first time I saw him in the Philippines long before the appearance in Thailand.

Of a real ice cream fried in Phuket a little. Nastyushka Ivelev for the whole country and the whole Internet revealed our local secretary of the city of Gastronomy UNESCO. Cafe-ice cream in the alley near Bangkok Hospital openly for years 40-45. They serve different desserts in Thai style. And the main dish – fried ice cream.

The cafe was the first place in Phuket, where the roasted ice cream appeared. Since then, the recipe has not changed. Vanilla or chocolate ball wrap in a slice of soft buns and fry in deep. It turns out crispy sukrica with ice cream inside. The cost of the ball is only 25 baht. Therefore, in the cafe permanent marriage. On weekends, even exhibit additional tables.

Andrei dinner in the famous Sea restaurant.Fire.Salt. Hotel Anantara May Khao. What is so noteworthy this place? From the title it is easy to guess that seafood and grilled dishes are served here. But a distinctive feature is a salt from different parts of the world, which is used in cooking. In each form of salt there is its own feature and history. Pink Peruvian salt of the natural sources of lakes of the Andes is suitable for cooking sauces and strengthens the taste, the Balinese coconut salt will suit the seafood, especially the shrimps, for Sashi they recommend Himalayan salt.

Early in the morning Andrei went for an individual excursion by Phang Nga Bay. Tourist with a gold map can also rent a yacht, and a national long-taught boat. In the first case, chic and beauty, in the second – exotic. The poor came to the island of James Bond one of the first. Even marine gypsy shops are still closed. Such individual tours also include visiting the villages of the Panya on the water, the caves of the islands of Hong and Panak, where they swim on kayake.

Second day Nastya Ivelev dedicated to the temple Chalong. In my opinion, a great place to get acquainted with Buddhism and local traditions. The Buddha’s dust is kept in three-story pagoda, and the temple itself is known for its history. Nastya arrived to blow up the petard, but inaccurately explains the meaning of the ritual. Explosions do not drive off evil spirits. Everything is not so primitive. Thais spend this ritual in several cases. Either as a sign of gratitude for the fact that the prayers were heard and the desire is fulfilled. Either this is a tradition of getting merit "Tham Boon". Thais make good deeds to get "Pluses" in karma. Sent food monks, feed fish in the temple, sacrifice money, buy a set of candle, aromatic sticks, lotus flower and graval gold – all this good actions.

After the excursion to the island of James Bond Andrey went to catch fish. But not on maritime fishing, but on the lake. In fresh reservoir, Thais artificially grown giant monsters: Mekong Soma, Siamese Carp, Mississipal Shecirnik and Even Arapaima. Middle Fish Weight – 15-20 kilograms. And some individuals weigh more than 30 kilograms. The lake fishing has a big minus. Catching freshwater giant, you can only take a picture with him, and then let go back to the lake.

Map of places from "Eagle and Rusk"

In two days, Nastya Ivelev spent $ 99.95 dollars on vacation, and Andrey Pozhnyakov – 13,500 dollars. As you can see, Phuket offers holidays for every taste and wallet. Come to us and spend your vacation as you want!