Skip to Content
Home Around the globe Inedible monument to potato

Strange thing – stereotypes. Where they come from and why they don’t die so long? In the world, for some reason, it is believed that the Russians drink vodka all the time, putting it by caviar, the French – they are covered with frogs, and Belgians are absorbed by Fry’s potatoes.

The funny thing is that fried potatoes in English called FRENCH FRIES, that is French potatoes. This name was given by American soldiers during the First World War: they had a weak idea of ​​geography, and part of Belgium, where they spoke French, no difference for them from the neighboring country.

Fries and Belgians are firmly related to each other, making the basis for numerous jokes, which, as they say, come up with the Belgians themselves. "How to recognize a little Belgian in kindergarten? Only he will have a toy in the form of a piece of roasted potatoes".

However, to say that all the Belgians eat fried potatoes – it’s like to declare that everyone drinks vodka in Russia. Although eating, of course, drink. "FRI potatoes – perfect food: there are no bones, bins and peel. Better not invent!" – Belgians are proud to be the first to invented this dish.

Potatoes got to Europe from America due to conquistadors and quickly spread throughout the possessions of the Spaniards. In those days, Belgium was part of the Empire Karl V and was named Spanish Netherlands. Even accepted there the name of potatoes – PATATE – comes from Spanish "sweet potato".

As for the methods of cooking this root plant, there is such a legend: in the Belgian province of Namur, there was no custom, there is a roast fish, praising the local Masa River for her gifts. However, once the fish failed to catch the festive table, and the inventive townspeople decided to replace it with long pieces of potatoes, roasted them in oil.

Belgian know-how is that pieces of potatoes (washed and thoroughly dried by a towel) fry twice: immersed in boiling oil for seven minutes, then they give to cool and fried three minutes again. Thus, potatoes are covered with a crispy crust, remaining soft inside. Traditionally, potatoes roasted on a pork or sheep fat, which gave it a specific taste, but now preference to vegetable oil. By this, the retreat from tradition was limited: even the most aristocratic Belgians still eating potatoes with their hands, leaning his fingers from the bag.

From the Travel Guide in Belgium: "Antwerp is known for its zoo – the only one in the world where visitors throw monkeys not peanuts, but roasted potatoes. Brussels is famous for his Grand Dance – the smallest large area in the world, as well as atomium – the image of a potato molecule with an increase of 140 billion times. Monument is not edible".

What is the best way to serve fried potatoes? Of course, with mussels, what is the question! Although the French and Spaniards love them no less Belgians, mussels are considered another traditional dish of Belgian cuisine: they are eaten with curry, with cream, with mustard, with garlic, stuffed, pickled, raw, fried.

Residents of neighboring states sometimes joke about the gastronomic addiction of Belgians. Here, for example, anecdote. Belgian, the victim shipwreck, falls on the Lost Island, which turns out to be the same unfortunate woman who go crazy from loneliness. She prepares him food. About a miracle – this is a package of fried potatoes! A man eats, and a woman tells him a languid voice: "I know what you want!" – "Do you really have mussels?" – Can not believe his happiness. Woman ran out for mussels. "Now I know for sure what you need!" – She says slightly exposed. "Damn it! You have here and beer?!". 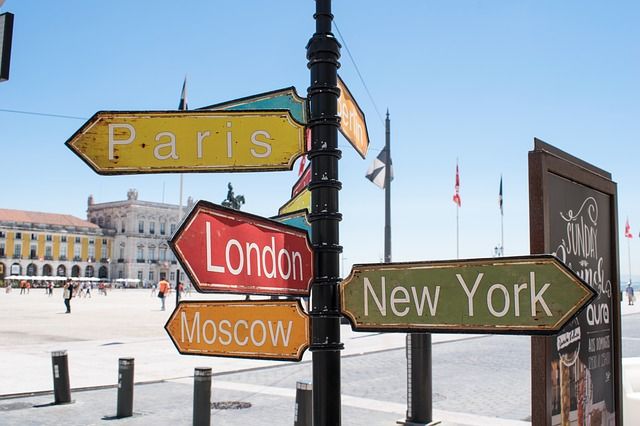 So we came to the main dish of Belgian cuisine: without beer here – like without water, "And not there – and not here". Beer drink before meals, while eating and after meals – even if there is wine on the table, on the cafe terrace, in a family circle, after playing sports, in front of the TV, at the meeting. Students appoint each other meetings in "first beer, which will be open, on the right side of the street".

For Christmas in Belgium for ten years, a beer festival has been held on which you can try experimental (!) Beer, as well as dishes based on this drink – bread, soup, Flemish carbonad, cheesy dessert. On Oktoberferste – beer festival, akin to the Bavarian – not worth mentioning: it itself. In Wallonia and Brussels this year even proclaimed beer a year, in many breweries are "Days of open doors", holidays hops, beer, bread and cheese tasting, as well as cultural events such as exhibitions "Beer and painting" or auction items related to beer in the beer museum of the town Lyustin.

In Belgium, there are a dozen "beer" museums; in Brussels and Namur their three. Museum "Gambrinus Drayvers" original in that its exposure presented solely vehicles intended for the transport of beer.

That is very true joke about how to feed the inhabitants of Belgium: "A typical Belgian lunch consists of a kilo of potatoes, mayonnaise kilograms and liters of beer. Menu, you can vary infinitely, as there are hundreds of different varieties of beer in Belgium".

In the town of Leuven to the east of Brussels, 300 years ago there were about fifty breweries. In the famous Catholic University, a new Faculty – Academy of brewing. Moreover, academic education is required not only to brewers but also bartenders: Try to remember in what the dishes and how to pour a variety of brands of Belgian beers! Here, you and narrow glasses, and large cups, and glasses high, and low, and special glasses with spherical bottom part, which rely special wooden stand … It is an art called "Belgian beer culture feed".

Does what is forgotten in the glorious Belgian cuisine between its three whales – potatoes, mussels and beer? Oh yeah, we quote a guide: "Belgium is famous for its high-calorie and poorly digestible chocolate recipe is kept secret. However, it may very well be that the chocolates add mayonnaise". Well, it’s too! Delicious Belgian chocolate, delicious. But it is not necessary to talk about it – it is necessary to try.