Skip to Content
Home Around the globe Israel Jerusalem

Jerusalem, one of the oldest cities in the world, does not require special ideas. Moreover, inside the panorama there are certificates of filmed places. Therefore, this time we decided to tell about what difficulties overcomes Airpano so that we can see the beauty of the world without getting up from the sofa.

Planning AIRPANO trip to Jordan, I (Dmitry Moiseenko. — «MP») I decided that since these countries only share the Jordan River, it will not be stupid to visit the neighboring state and not to remove Jerusalem.

Two years ago, we made an attempt to negotiate with Israelis about shooting permits from our radio-controlled helicopter. First of all, we were interested in the quarter of the old city. Having enlisted the support of the embassy in Moscow and the Ministry of Tourism of Israel, we were sure that it would be easy.

But after several months of correspondence, we were denied for security reasons than this state is so famous. And without papers, but with a strange flying chamber, we would not have passed even customs control at the entrance to the country.

«This time everything should be different, — I thought I. — There are no specific equipment with you, and early in the morning, right from the capital of Jordan Amman I am reached the border on the river, crossed the Bridge of King Hussein (Allenby) and an hour later in Jerusalem».

But it was not there! Border control and half an hour of questions about the goal of the trip. Then my passport was seized, we sat under the brutal air conditioner and only after an hour they called into some small room, where they asked the same questions again, and then said to wait.

Two hours later (I already found a place where to hide from the air conditioner, but I still frozen), a man came up and asked to answer questions — This time writing. I filled the piece of paper.

Two more hours passed, and I went to pour my luggage to dress: I didn’t get to the tooth. Squeezed, took to baggage. He stood untouched, that is, the version that something suspicious was found in it, failed.

Outside the window began to try out; Three scheduled meetings in Jerusalem had to cancel. I was called and asked to fill another piece of paper. Finally, when I have already thoughtfully, it is more convenient for me to get a lot of passport control, I was called me again into a small room. For the fourth time they asked the same questions. And, about a miracle, allowed to enter the country. Seven o’clock on a visa-free border crossing. My personal record!

Late at night I finally settled in the hotel at the Yaffian gate of the Old Town. A glass of fresh pomegranate juice shot a heavyweight tension.

And from now on, to my surprise, I did not interest anyone. I walked around the narrow streets, removing with the sixth, where I wanted. First of all, I visited the shrine of Christians: the temple of the coffin of the Lord. Here, someone was baptized frantically, someone fell to the stone of world conjunction, someone just wandered from the room of one denomination to another, someone stood in line to «cave». Surprisingly, the priests of the Greek Orthodox Church asked me the paper only after I have filmed almost everything.

The next point was the cry of crying, or Western Wall, — the main shrine of the Jews; All that remained from the destroyed by the Romans of the temple of Solomon. Here I was again surprised: I was not only not asked about anything, but also invited to go to the synagogue right away and picked up there. I stayed waiting for the sunset. For 10 shekels, I was allowed to climb the roof of a beautiful building overlooking the area. 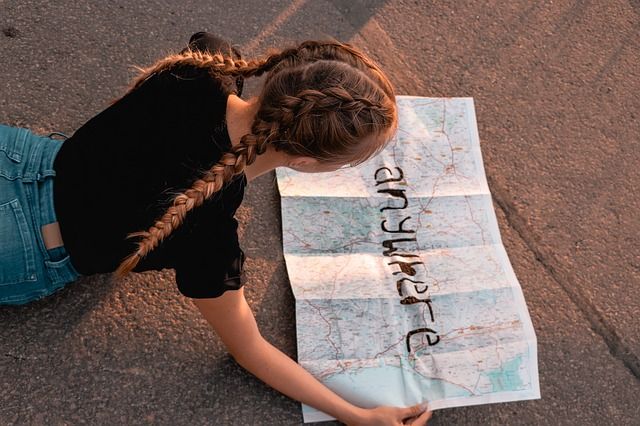 It was a strange spectacle — The mass of people praying at the western wall, and above their heads built a closed pedestrian bridge, along which Arabs rise to the rock mosque. Dome of the mosque, brilliant in the sunset rays over the remnants of the destroyed temple. From below, from the square, this was not visible.

I am very grateful to everyone who writes us with proposals for help. In one of these letters there was a phone Ilyas, a helicopter pilot, which has the right to fly over Jerusalem. I phoned and sent him his data for registration of permits.

When he called and said that I was not allowed, I was not even surprised, being ready for any trouble after the story on passport control. However, not everything was so bad: the ban extended to take off from the capital, as well as from any place in Israel, with the exception of Tel Aviv airport, where I could pass a decent security service. This meant payment additionally half times. Yes, unexpectedly, but still a chance.

On the appointed day I discovered that all the sky is covered with clouds and rains. The flight was transferred to a day, and it was my last day in Israel. I woke up, I saw that the blessed haze stretches to the horizon, through which the sun barely pierced. All the morning once in 15 minutes I checked the weather forecast. And suddenly my iPhone showed the lumen of an hour later. It was the last chance!

I called the pilot; He was surprised at my optimism, but agreed to depart. Security at the airport turned out to be ordinary and not at all strict, although I was ready even to a personal inspection. We took off, and after 15 minutes, Yaffian gates and walls of the old city. The forecast did not deceive — Above Jerusalem was clean sky. The sun clone to the horizon, the western wall of the temple was already in the shadows, but the rocks of the rocks shine in the evening rays.

We managed to make several laps, the sun was fond of hills surrounding Jerusalem. For some reason I remembered the novel «The Master and Margarita»: «Darkness, which came from the Mediterranean Sea, covered the city hated by the procurator. Hanging bridges disappeared connecting the temple with a terrible Anthony Tower, descended from the sky the abyss and flooded the winged gods over the hippodrome, the Hasmeal Palace with Boygles, Bazaars, Caravan-sheds, Luggles, Ponds. Lost Ershalaim — the great city as if he did not exist in the world». Already at dusk, we returned to Tel Aviv.