Skip to Content
Home Drivecarve Journey to the heart of Europe

Journey to the heart of Europe

I was in Prague 4 times (3 times on the winter holidays and 1 for summer), and I’m still not enough. The very first time I went to Prague in 2007 with a tourist group. One would have not let me go on one then. It was an 8-day tour (ordered in "Valida"), including a sightseeing tour of Prague and nearby castles, as well as in the wonderful town of Czech Krumlov – a medieval museum city. All these ekursions can be ordered by itself while in Prague. In my opinion, it was not the most successful travel experience. First, I do not like organized groups, secondly, the hotel provided not the best – crystal. In principle, a good clean state of the 3rd star, but very far from the center. I had to go on the tram of stops 6, transplane the subway. And the passage, you yourself know, in Europe is not cheap. By the way, before Prague, I would advise only those who categorically refuse to fly on airplanes. It is long and not very convenient (in European cars there is no usual titanium with boiling water, it comes from dry soldering), and Belarusian customs officers often dig in suitcases. Turpaket for 8 days in the hotel 3 stars + breakfast and passage Moscow-Prague-Moscow by train cost about 30000. So, after that journey, I solidically decided to do everything next time. 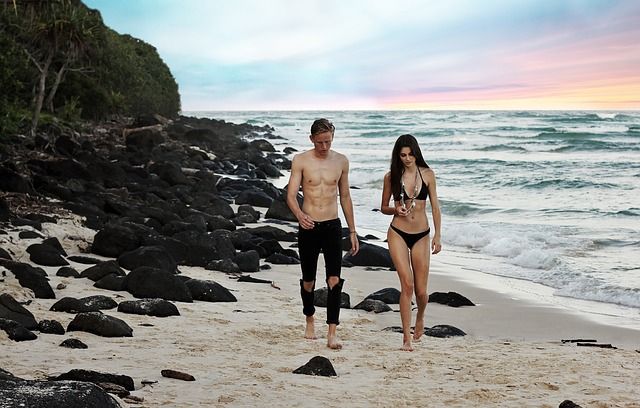 Nevertheless, the transition to independent travel was gradual. The second time (after 2 years), I ordered in travel agency (I’m afraid to lie, I do not remember the name, but it is easy to find – the crossroads of Lenin streets and Khokhryakov) registration of a visa and air tickets (pleasure it cost me 26 thousand), and Zizkov district (20 minutes before the center on foot). We independently wandered around the city and went on a day in Karlovy Vary, having arrived in the morning on Florenz bus station and buying tickets for 240 kroons. In addition, by bus we went to Vienna, it’s only 4 hours drive. We bought tickets to Student Agency in Prague for 1000 crowns back to a person, walked for 5-6 hours in the center of Vienna, went to the Art History Museum, ate in the Schnitel and went back to Prague. Would have stayed at longer if finance allowed, but then there was no money for the hotel.
For the third time I went to Prague in the summer of 2009. Then the company KD-AVI, I bought tickets for 15700 Perm-Kalinigrad-Prague-Kaliningrad-Perm, tookout insurance in Ingosstrakh for 700, and the visa ordered in the same travel agency for 10,000. I lived with acquaintances. It turned out a trip about the same money as last time. Again, I went on the bus to the blooming Karlovy Vary, as well as with friends at the car visited the village Detinet, where there is excellent Kharchevnya (I think she is there one, the most famous), where all the waiters, cooks, servants are dressed in suits of the 16th century, menu Also withstand in the style of the Middle Ages, well, and of course, musicians with ancient instruments and chains, dancers, fakirs and swords are attached to this everything. Food is excellent, very tasty, I can say about honeycomb.
Where can I eat well in Prague? Almost everywhere! I advise you to visit the restaurant "Kozlovna" on Art. underground "Andel", You can try there "Goat" On the spill (say, there is only one Harchevnya, where it can be done, besides "Kozlovny"). For students will suit the network of pizzeria "Coliseum" and "Enstein", Where is the ISIC card – you can get the 2nd portion for free or some other bonus.
The fourth time I was in Prague in January 2010. At this time, a single log larger recommended to contact Elnara (Thank you very much) and he found tickets for me in the Hungarian airline Malev Moscow-Budapest-Prague-Budapest-Moscow for 5000! And the same amount was worth the design of the visa. That is, this time the trip to Prague for 21 days cost me 10,000. By the way, there was such a case on the way to Prague: already sitting at Sheremetyevo airport I learned that my flight was canceled. Elnaar gave instructions to go to the Malev’s office, which was immediately in Sheremetyevo and was located, to demand compensation, a hotel and lunch or transplant to another flight today. As a result, I was re-registered for the Flight of Czech Airlines – it was a direct flight to Prague, so I flew there even before the scheduled time. I lived again with friends. From Prague This time we suddenly decided to fly to Rome, since at that time I had parents there, Mother’s birthday celebrated. So, to go to mom for a birthday in Rome I needed 150 euros. Of these, 60 on the air ticket Prague Rome Prague (Wizzair), 50 per hotel and 40, from the airport to the city and back to the airport the next day. In Rome, we managed to see all the main attractions in the day, go to St. Cathedral.Peter, Pantheon, a few small churches with masterpieces of the Masters of Renaissance, to take on the monument of the republic and wander through the Capitol. We had breakfast and dinged we sandwiches and coffee, and lunch to fame in the restaurant at the angel bridge in honor of my mom’s birthday.