Skip to Content
Home Drivecarve Of the scene of Tuva

Tuva – Region Region. In a pair of hundreds of kilometers from the sultry desert in summer it may well go snow. Camels are bred here, as in Arabia, and deer, as in the extreme north. In the new year, local residents drink exclusively non-alcoholic drinks. Well, finally, this republic is at once two equal names: Tyva and Tuva. The first option, with the letter "s," existed initially at the indigenous people of the republic, and the second option, with "U", was reenformed later in Russian. Therefore, it is permissible to use both options, but it is preferable to speak Russian "Tuva", "Tuvinsky", "Tuwinets".

Translated from Tuvinsky kyzyl means "red". This name did not receive the city immediately, but only in 1926. Initially, the administrative center of the region was called Belotzarsk in honor of Nicholas II. It was he who in 1914 decided to establish a protectorate over Tuvoy. With a request to take their land under guardianship to the Russian emperor, local rulers turned, wanted to obtain independence from the Chinese Empire Qing. Under her power, Tuvinian lands were one and a half century.

From Moscow to Kyzyl currently there are no direct flights: people fly through Krasnoyarsk, Novosibirsk or Irkutsk, and not every day such flights are available. There is one more option: fly to Abakan, the capital of Khakassia, and from there go by bus, car or route taxi. The road is very picturesque. And very long – 400 km. Ride at least five hours.

To travel was successful, it is worth looking to the shamans to start. Sign up directly by phone. Tuvuntsy to shamans go with all the problems without exception: the tooth hurts, the guy threw, well, or just a future I wanted to know. This is something like a hospital and social service at the same time. Without blessing, no matter here is starting. By the way, a small advice: it is not customary to come to the shamans to come with empty hands, it is better to capture a little milk and something sweet.

Another paradox: Local residents profess both shamanism and Buddhism. After the shaman you need to get into the Buddhist temple. Two blessings got heard for a long time. Shamanism here was initially, and Buddhism came in the VIII century, when the region became part of the Uigur Kaganata. Later, with the arrival of Mongols, religion has rooted. By the beginning of the 20th century, there were several dozen Buddhist monasteries and more than 3000 lamas. Soviet authorities tried to eradicate religion: temples destroyed, many monks were repressed. But everything is in vain. Belief in Buddha alive in Tuva to this day.

Chief Buddhist Church of the entire Republic – Cesegenling. See how the service passes, maybe anyone, regardless of its religion. The main thing is to be quietly in the temple and do not interfere with Lamam praying. Still need to remove the headdress, well, you can go up – it is at will.

Visit the National Museum of Tuva owes every guest of the republic. Walking on several of his floors, you can find everything about Tuva all or almost everything: about local mountains and rivers, plants and animals, how many centuries have lived here, what they wore, from what they believed and what they believed. What is there centuries, the exhibits of this museum transfer visitors and for the Millenniums ago – to visit mysterious ancient Scythians.

So, the famous Kurgan Arzhan dates back to the 8th century to N. NS. Kurgan Arzhan-2 by age younger: VII century BC. NS. That is the whisen of Scythian civilization. And the found jewels confirm. Incredibly, as such a filigree work, people did 2,700 years ago! In addition, all the decorations cast, and therefore, even then, on the territory of modern Tuva, the gold was already cleaned.

The total weight of Scythian gold from Kurgan Arzhan-2 is about 20 kg – it is more than the gold of the Egyptian pharaohs and the gold of Troy.

National Tuva Orchestra – Republic Pride. In his performance, you can hear the famous Tuvinian throat singing. In fact, the ability to reproduce melody by oscillations not only voice ligaments, but also many peoples own the throat. But it was the fuvints that reached in this art of perfection.

By the way, the throat singing seriously affects the body of the performers: they involved 100% of the muscles, while the remaining singers are only 20-30%. Therefore, according to regional legislation, the hooks in Tuva are retired after 15 years of work.

Kurgan Arzhan and Arzhan-2, which was mentioned above are in the north of Tuva, in the so-called valley of the kings. Total in the valley of more than a thousand skil time mounds. Interest for archaeologists also represents the unique fortress of POR-Bajän, which is located in the eastern part of the Republic – in the midst of the mountains on Lake Tere-khol. It was built in the VIII century during the Uygur Empire. And in the West of the region, several ancient monuments are concentrated at once, and all in the vicinity of one village – Biizkijig Hai.

The valley of the kings is near Selo Arzhan, the distance from Kyzyl – 70 km. Distance from Kyzyl to Pore-Bajän – 250 km, the fortress is located next to the village of Kungurtuk. Distance from Kyzyl to Biizkikha – 300 km. IMPORTANT: Between settlements in the republic, public transport does not go. Locals move on taxi (in Kyzyl there are even special parking for long-distance taxi drivers). Tourists should also contact the tourist center, where they will help hire a car for all the time staying in Tuva – and cheaper and more reliable.

On the way, it is necessary to visit one of the Tuvinsky shrines – Buddhist niche. It is a bas-relief Buddha carved in the depths of the rock. In the world of only three similar: one in Afghanistan, the second in the mountains of Tibet and the third here in Tuva.

The name of Mount Bizhintig-Haya speaks for itself: in translation from Tuvinsky, it means "rock with letters". Mountain is famous for his petroglyphs. Some – very large. And the local rock paintings are very ancient: the earliest – the era of bronze. 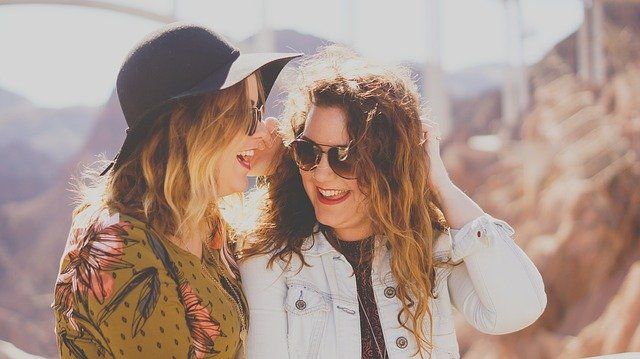 And nearby here another shrine is located – Kizhi Kizhi Stone Idol. He is executable. Need to whisper them on the earO.

Mountains occupy 80% of Tuva territory. In the north and east of the republic there are ridges and sangs of the Sayan Mountains, and in the West, just where Biizkiig-Haya village is located, – Altai. It is in their deprants that the amazing stone is extracted – Agalmatolite, which is known for its softness. In Tuva, he is called "Chonar-Dash" – "Polystaya Stone". It is very well suited for the manufacture of different crafts. However, the art of threads on agalmatolithic is very rare. In our country, only the residents of the village of Kyzyl-Dag are perfectly owned.

Kyzyl-Dag is near the Chonar Dasha field. The peculiarity of this stone is that it is soft and puffy only at first after being removed from the ground. But the longer he lies in the air, the more harden. Kyzyl Dag village is very small, there is no separate museum. Agalmatolite products are exhibited at a local school.

In the republic now there is about 2500 nomadic farms. They are also a kind of sight of Tuva. IMPRESS EXPERIENCE They move from place to place. And breed horses, goats, rams ..

Eat not cacti and live in the wilderness. These camels have everything differently. Although the deserts in these parts are available, however most of the year they are covered with snow. Winter here long and lady. However, Tuvinsky dugorki – adapted "desert ships". They spend on the outdoor all year round, they graze and sleep in the snow, and instead of water, it is idle.

From entertainment – Hursh. National sport of Tuvintsev. IMPRESSIONS OF THE ENGINES OF THE NOCHIERS SUPPLY IMPROVED Tournaments. Someone from the elders put a prize: a ram, a calf or a horse – and prescribed time. This neighbors of nomads learned about this and at the appointed hour were going to face forces, well, if lucky, get a reward.

Weekdays of Tuvinsky Shephans are full of hassle. In one of the head of the goats, they strip in another horses. Tuvinsky Shepherd All life on horseback – your own appears for everyone already in a three-year-old age. And he can already have a whole tobun. For centuries, the life of Tuvinian nomads has changed little. They all also live cattle breeding and hunting and everyone can not be long in one place. Their big house – all Tuva, Small – Yurt.

Finally, another Tuvinsky paradox. Perhaps the most curious. In 1941, being an independent state, this republic declared war in Germany. And three years later, in 1944, Tuva entered the USSR. Later, the capitulation of Germany occurred and the signing of a peace treaty. And since Tuva announced a war in independent status, then she had to sign the peace treaty in the same status. That it has already been impossible: the republic has become part of our country. Thus, it turns out that Tuva is legally still in the status of a military opponent of Germany. But, as we have seen, this republic is peaceful and very, very colorful.