Abbazia Di Sant’Antimo’s abode near Montalcino appeared on the site of an ancient chapel, erected here in honor of the martyr’s death of the Holy Antimo. And named it, of course, the legend is connected. During worship, to the church, where the antipo served by Deacon, pagans broke. They knocked out of his hands a bowl for communion, and she crashed. But the antimo revealed a miracle, continuing the sacrament of the communion: despite the fact that the bowl was broken, and it lacked a piece of glass on the bottom, nor a lot of wine shedding. Gentiles were so impressed by what they saw in Christianity. However, in one of the stories I came across the mention of another priest and a preacher named an antihmologist who came out alive and unscathed out of the water, after the pagans threw it into a Tiber with a stone on her neck. So the cult of this place has long before the advent of the abbey.

And the construction subsequently, the monastic monastery is associated with the name of Karl the Great, forced to make a stop in the way, since his army was covered by the disease (presumably plague). According to legend, the angel appeared in a dream and suggested how to defeat the ailment, pointing to therapeutic grass, which agreed in the vicinity. And, who gave Volles to the Lord to erect the temple in this place in the event of his people recovery, Karl kept the promise. When a miracle of delivering his troops from a terrible disease was accomplished, laid a stone with his stamp to the foundation of the future monastery. But all this, if you believe historians, only legends.

There is more prose version. From Europe in Rome, several pilgrimages ran out, one of them just in these places, and she was called Franchigen, because pilgrims arrived in the eternal city from France. And by order of the dad near such pilgrimage, monasteries were supposed to be located so that the travelers could make the stop.

And in 770 the construction of the Benedictine Monastery began, which over time was endowed with land and special privileges. And in the XII-century, the grandiose construction of the current church began, the investment came regularly, and the abbey is rich and grow up. Under his control was about hundreds of castles, including the castle of Montalcino, where the abbot of the monastery lived, many farms and monastic monastery.

The construction of the main building of the abbey was initially conducted on a grand plan, for the implementation of architectural ideas was used expensive material Alabaster. It made many ground floor details: North and South Entrances, Department, Columns. Due to the special properties of the transparency of this material, the light penetrating the insidual creates a special atmosphere.

A very figurative description of the inner decoration of the temple met on the Internet:

". Interior of Sant-Antimo impressive: The columns take off to the sky, like the majestic trees trunks, and the sun rays are hiding in the arches, as if in the branches of the forest. This is a symbol of the paradise garden: the Mount of the Altar rises in the center, on which the Great Tree of the Cross, the Symbol of Life and Salvation is planted. Wooden farm ceiling reminds Kiel Noeva Ark, a boat that slides in the middle of the flood, carrying the salvation of mankind."

The monastery was so beautiful that on one of the sites of Siena I came across a curious legend about the emergence of Sant-Antimo, as if the feas were built by the abode, "carrying the columns on the heads and stones on the fingers, and ended it in one night".

However, the abbey at times began at worse times, the revenues were hurt, and the monastery loses the land and influence, which leads to its decline, and in the middle of the XV century and at all to the launch, and Pope Pipe II monastery closes. And even stones are starting to be used in the construction of a neighboring village.

And this place was famous thanks to the Gregorian singing, accompanying their services. That’s exactly this art of the Grigorian Chorala has long attracted me to Sant-Antimo, I thought about it even in my past visit to Tuscany. But that’s time I was a silent tourist, and at least I was able to see something in the vicinity of Pienets and Montalcino thanks to new friends, I still didn’t get to this abbey. And now it turned out that while I was going to, the monks left the abbey and returned to France. And now in these walls you can hear singing only in the record, alas. Although the Gregorian singing concerts are mentioned on the Abbey website, which is held here from time to time, and a school of choral art, in which you can master the sacrament and skill of the Gregorian Khorala.

A little confusing among the vineyards surrounding Sant-Antimo, we continued our route towards Montalcino.

Ah, this Montalcino, who left a special track in my soul after the last meeting with him- 🙂 (I told about it here). Two years ago, this city gave me a wonderful sunset, a little, however, at the same time the head of his head – :), and no less delicious dawn, the local wildliness of the wine has added paints to the perception of the atmosphere of this place, and the patron of the city of the Mostly Virgin Mary Del Sokkorso as if would hear my request. I am here in Montalcino again, and this city will fool my head with changeability to me again- 🙂

This time the case, however, was somewhat worse. May month this year was very cold, windy and rainy. We have already praised a little while we were in the woods covering the tuffs of Maremma, and the ice wind now drove us along the streets of an old Montalcino, not giving anywhere to linger for a long time.

And stayed everywhere I wanted, because the city is more than 1000 years! Populated during the Etruscans, actively developing in Roman times, the city, however, most famous became during the occurrence of the Santism Abbey, from which we just left, and to the lands of which he then had an account.

One of the treasures of Montalcino, about which you want to mention – the image of the Virgin, covered in the walls of the small church of Chiesa della Madonna del Soccorso, towering over the expanses of Val D’Orcha.

The cult of the Blessed Virgin Mary appeared during the Middle Ages in Palermo, when the wonderful phenomenon of the Mother of God, who suffered from the incurable disease, after which he was healed, and in gratitude to getting rid of the illness began to distribute the news of the murdered miracle, and the appearance of the Virgin Recognized as a mother’s assistance (Madonna del Soccorso), and the cult of reverence This was distributed in the rest of Italy.

The sanctuary in Montalcino built in the XIV century on the site of the old church, where the ancient panel with the image of the Virgin was exhibited for nationwide worship. 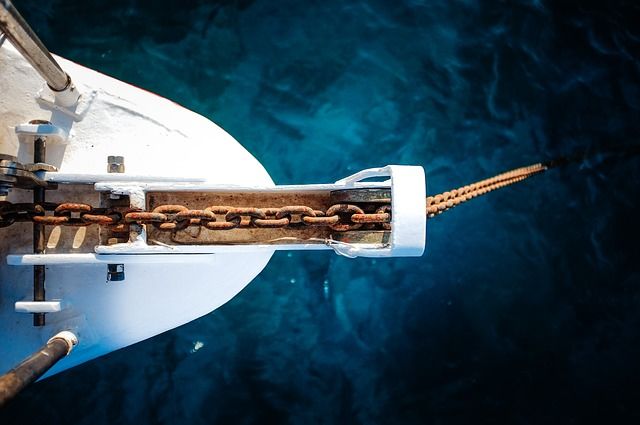 The History of the Sacred Image is unclear here, in one source I read in the network that the image of Madonna with a baby with Holy Peter and Paul was written on the canvas on canvas, to defend the city. Be that as it may, but with the task of protecting the city, the Holy Image seems to cope not bad, which a lot of evidence was recorded. For example, at the time of the Great Plague, firm in these parts in the XV century, the residents of Montalcino prayed for salvation in the holy image, and death bypassed them by the party, and such a miracle of protection The image of Madonna revealed more than once, since the wave of a deadly disease swept through the Val Dolina ‘Orcha several times.

And in 1553, the famous event of the conquest event was happening, after which Madonna del Soccorso was recognized as a patroness of the city, and since May 8 of each year, this holiday solemnly celebrate here. On this day, an ancient image opens for believers. Photos from the network:

In that year, shortly before Easter, the city was subjected to a long siege of the army led by Don Garcia from Toledo. Around the city, departments of Spanish, Italian and German militias with a total number of about 12,000, having thousands of horses and many guns at their disposal. Take the Montalcino turned out to be not so simple, people bravely defended the city. But unexpectedly, after a long attack, the captain of the enemy army don Garcia removed the siege and took the troops from the city. What happened? The legend says that shortly before dawn on June 15, 1553, the Virgin was the captain, and this wonderful phenomenon prompted him to retreat.

In addition to protecting against the enemy and disease, there is evidence of drought from droughts or the opposite of the protracted rains, which also attribute the wonderful properties of the image of Madonna.

What to say here? Montalcino really under good protection, and the power of the faith of residents of the city is great. And even my question, mentally asked in the walls of this church, I received an answer.

A little confusing on the cold, as if extinct streets of Montalcino, we decided not to wait for the sunset on the fortress wall, nor on the panoramic path, because nothing and did not foretell a beautiful spectacle. The sky is increasingly frowned, the wind blown out of open sites, so it was decided to just go to warm in a warm tavern, rewarded due to local Tuscan food and guilt – 🙂 I again got on this trick!-:)

History repeated exactly, as two years ago – 🙂 Then in the evening I also rose a strong wind, climbed clouds, and even went fine for a quick rain, and I, spitting on the sunset, hurried to hurry in the tavern and correct the mood with good wine. And when, I went to the air after dinner, I discovered that there was no trail from the wind and the rain, and in the sky above the roofs of houses there are sweeps of sunset paints. I had to make a very fast day to the panoramic path in order to at least see anything. Fortunately, I managed to admire the last rays of the sun.

And now, we again leave the warm bowver of the Old Town of the Old Town, to find that the bad weather changed to a quiet clear evening, and the sun, as if teasing, intends to disappearly disappeared by the horizon – 🙂 This city spent my second time!

However, luck smiled to us, and we found stunning paints that have freshen the golden light valley and vineyards below. The sun looked into a small lumen between the clouds and the horizon to smile with the simply travelers.