Skip to Content
Home Drivecarve Road to Tuscany, part of the third. Pienza

Road to Tuscany, part of the third. Pienza

It came morning, and it’s time to say goodbye to the montepulcian and go to the pienna.
Initially, I planned to move between the towns of Val d’Orcha Valley on buses. Carefully studied the schedule, planned the route, went out the situation with a taxi in the region in the case of strikes (you can learn about them here) or other overlays.
I was going to get to the pienna, I was going on the bus number 112 (the cost of 2.5 euros, the time on the way is 16-19 minutes). Departure from the Montapully bus station, to which from the city gate is not close, if you go through the PoggiFanti Square and take advantage of the elevator, I told about him in the previous part about Montepulciano.
You can see the schedule here or here, and you can download it here .
If you look at this schedule, it can be seen that between the morning flights and daylight a lot of break, so you need to leave or at 9 am, or at lunch.
In Piente, the bus comes to stop Via San Grigorio 8, from her to the main gate for about five minutes.
Taxi from Montepulciano to Pienna costs 30 euros.
I was going to sit on the first bus after the break – at 13.45, however, fate ordered a little differently. Shortly before the trip, I met a forum with wonderful people, and we agreed to meet in Montepully and meet personally, and in the evening my new friends threw me up to the Pientee, which was extremely kindly on their part.

So, I’m in Pienace, a small charming town of Tuscany, towering over the expanses of Val d’Orcha Valley. Her appearance became a real symbol of the Tuscan landscape, and I more than once came across the color views of this place in the works of photographers from around the world.

And in the 15th century, at this place there was only a small village Corsignano, here in 1405, Eney Silvio Piccolomini was born, in the future, in the future, became Pope of Roman II, an enlightened humanist of his time. After his appointment to the post of Pope, he conceived to realize his dream about the "ideal city of Renaissance ‘".

On the Internet a lot is written about this:
"The concept of the" ideal city "has become popular in the era of the Renaissance, it was a protest of the city of Middle Ages, where everything was subordinate to God’s intent. The dream city was created by a man-creator, embodied his ideas that relied on the principles of rationality, the convenience of life in complete agreement with the nature and aesthetics of perception.
Everything was planned in advance and thought out, was created specifically for a person who at that time was considered a crown of earthly creation, but who also had a connection with the gods, it was the city in which the love of shrines and earthly feelings were combined.
The foundations of this idea were laid by Plato in the dialogues, which describes the model of the ideal city city on the island of Atlantis.
The famous theorist of these ideas spoke Architect Leon Battista Alberti. He studied the proportions of the classic architecture, in which the construction of the city was based on the harmony of forms and space.
In Italy, several attempts were made to create an ideal city, but in practice they could not be implemented.
Nevertheless, the Pienna approached more than others to the model of the utopian perfect city.
It was here that the foundations of urban planning were originated; The ideas of the creation of global plans and the development of urban infrastructure invented in the pienteer went first throughout Italy, and then – and throughout Europe.
It was the first event of an antiquity event of the urban reorganization for the Unified Plan."

"To implement your dream, Pope II invited Architect Bernardo Rossellino. Works began in about 1459th, and by 1462 the central square, the cathedral and partly Palazzo of the Pope itself were ready, which appreciated them as "Top in Italy". In February 1462, Piy II renamed the place of his birth in Pienna, "Pia". In their large-scale works written by him over the past two years of life – Dad left a detailed description of the city’s device."

"The construction was carried out for 4 years, during which time the city was completely transformed, but the dying death of Pope II and the architect Rosselino (by a strange coincidence, they both died in one year, 1464) stopped further changes.
The works were not fully completed, but what was created during this time sufficiently gives an idea of ​​the "ideal city", whose ideas were impregnated by humanistic culture of revival."

Such is the story. Me, among other things, it has long been attracted here the opportunity to admire the game of light, which gives the surrounding hills that bowed to the horizon. Panoramic platform of a pienna as it is impossible to suit this purpose. And here I am here, and the presentation begins.

Golden sunlight gently illuminates the valley, emphasizing the hills and lowlands, giving a contrast drawing of each path and every furrow on arable land. As the solar shining is gone, they are highlighted there, then there are certain areas of the valley, and, that day it seemed just a beautiful, brightly lit space, at the time of farewell to the sun becomes a magic fabulous country, wakes up fantasy, manits to straighten the wings and soar in golden air over this wonderful land.

Here, the moon appears in the sky and slowly displaces the daylight luminaries from the stage, the valley is painted in twilight shades.

Having spent the sun, I went to search for dinner, and on the recommendations of other visitors to the city, brought a visit to a glorious restaurant "Latte Di Luna", in order to poke the paste with truffles, which everyone praises. The paste is excellent, the wine is beautiful, Metrotel Charismatic – :). But the truffle is something, without which I will probably be able to live.-:)

And after an excellent dinner with a magnificent Tuscan wine, the city, immersed in the twilight, seemed more beautiful to me 🙂

Nutro, stand up to dawn, I rushed again on the viewing area on the city wall. After all, I had hope to see the famous Tuscan fogs, and luck did not turn from me.

The sky over the valley gradually stained in pink shades, foreshadowed an ambulance with the sun. And in the lowlands thick carpet, fog washed. He was so tight that the thought became unwittingly, like the hedgehog from our favorite cartoon, and how inside? How to breathe there?

The first rays of the Sun, meanwhile, have already been illuminated long hills, below the night still struggled with daylight. However, the picture quickly changed, then there, then there the sunbeam snatched the parts of the Earth free from fog.

And now everywhere in the valley began to light up with the dawn lights small islets. Surrounded by dairy-white silence, they seemed like weightless, as if batted in the air.

I thought it seemed to me that up to this point on the city wall, besides me, there was no one. I am only a cat, visiting birds in the nearest crowns. Yes, the elderly Signora, standing at dawn, opened the doors of his tired balcony, wished me good morning. Rally hills tunted in a golden haze, and fog gradually retreated.

Soon our company contemplates increased, other lovers of dawns began to be tightened on the wall. Soft morning sun again painted on the hills graphic patterns, emphasizing the long shadows of cypresses and snatched from the rest of the fog rustic houses. The time of the morning miracle was approached by an end, and I slowly moved away from my observation post, in love with several lanterns.

A little strolled outside the old walls. Here, apparently, begins "country" sites of residents of the city. 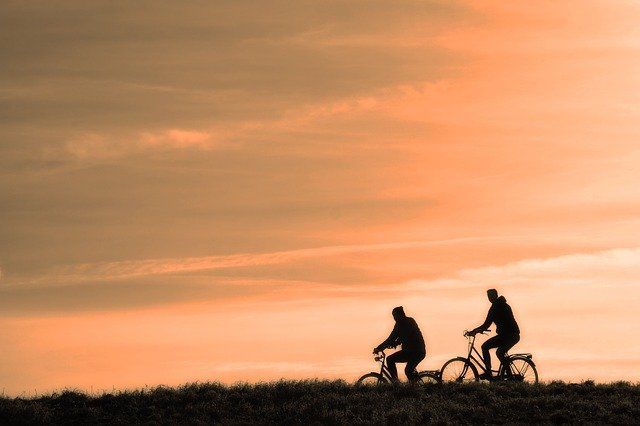 Then I did not go, although the track was very manify in the field. Someone’s dog raised such a lie that I was afraid to wake up the whole city with my invasion 🙂 I returned back and enjoyed a walk on my morning morning light, still sleepy streets. Perfect magic – walk in such an hour around the city.

In the first half of May, the holiday "Pienza E I Fiori" is held in Pienace. The whole city is decorated with flowers, floral flower beds are broken on the main square, everything blooms and fragrant.

In addition to the abundance of greenery and flowers, I was pleasantly surprised by the love of bicycles in the city. The pienna itself is flat enough, but located on the hill, and the surroundings here are very very hilly, for a strong spirit 🙂

"City Center – Cathedral Square, named after FIU II. It has a trapezoidal form not by chance. Being a tiny size, but designed according to the prospects, restrained by style and paved by the Tuscan paving, the area seems more. On the sides, it is surrounded by buildings, which in those days played great importance: Cathedral, Town Hall, Episcopian Palace and, of course, the new Picolomini Palace.
Cathedral is dedicated to the Holy Virgin Mary. A number of architectural solutions used here have been at the time enough innovative – pilasters and columns standing in high pedestals and arched. The bell tower was built partially in the German style, as Pius II before Pope, served in Germany for many years, and he really liked the game of light that the inner premises of German cathedral decorated."

I was lucky to look into it in such an early hour, the doors were open. Of the high gothic windows, a soft light was raised, only sparrows on the steps of the cathedral broke the silence.

Practically opposite my hotel, the modest Franciscan Church of the 13th century. Inside, you can see the preserved frescoes, telling about the life of St. Francis.

I returned to the hotel I am in a state of absolute harmony with the world around and with myself. And maybe whether to be otherwise in "The perfect city-dream city", In which even the streets wear the names of love, kisses and fortunes?
In 1990, Pienna, fully and forever remaining in the XV century, was solemnly included in the World Heritage List.

And I had to realize another idea – to drive along the valley in search of picturesque places, it was for this purpose that I chose a pienna as a location of the dislocation. But more on that later.

For now, I suggest a little video of dawn in a pienna, with her fogs and bird singing 🙂 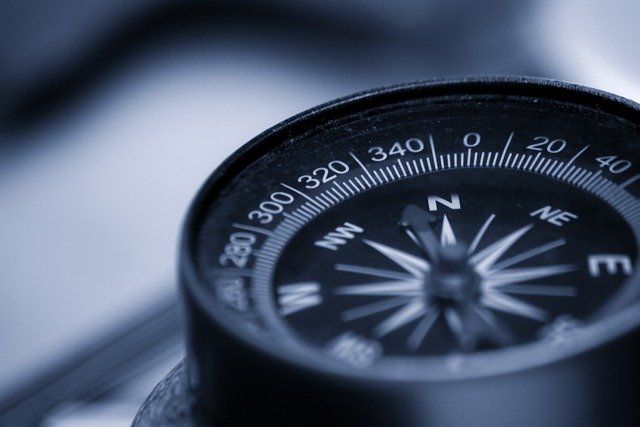